Intercultural integration of art, science and spirituality for understanding, supporting and accelerating a global transformation of consciousness.

The search for answers to this question pervades all cultures. Depending on the contexts and the inquiry, the phenomenon „consciousness“ is approximated in various ways: some approaches use body techniques and others use cultural techniques, both of which are found in religious practice and scientific study. We believe consciousness research must be inquired holistically.
The institute will focus on contemporary models, experiences and theories which are currently transforming based on new or ignored empirical findings, the rise of global awareness and various technological innovations for deeper research. The apparent progress in the field of consciousness research has recently gain a lot of attention in the last decades. Political, social and ecological challenging processes and conflicts are calling for an increased awareness and novel approaches to questions related to the „qualia” of consciousness as well as to the capabilities and potential of our consciousness. This institute is our contribution to this.

Observing consciousness is already a big deal but observing existential consciousness might overdo the imagination of the reader. Therefore, I want to focus in here, what is meant by that. 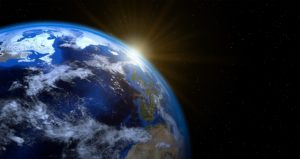 Consciousness research itself had only a quite young history in academia, as an own discipline. The word consciousness itself is less than 500 years old and does not appear in every language as a same meaning, not to mention the same etymology. Philosophy had talked about consciousness as a reflective act of our mind. In here again we fall into some traps of wording: “Geist” in German means spirit and mind, whereas the former is a collective and the second an individual entity which allows awareness and meaning. Starting from Hegel and later Husserl the term phenomenology was coined in philosophy, which lead the immanent question of existence itself while looking not only into the thoughts that might be based on other thoughts, but while looking directly into the experience of human life and its interactions.

Existential consciousness is from its philosophical standpoint first a reminder, that any kind of consciousness has its premise in the direct experience of the “Here and Now” and second, a perspective of the immanence of even transcendental philosophy in the way it can exist in the world.

Neurology and Cognitive Science lead from the 80s and 90s the discourse on brain, mind and sometimes consciousness, but till now consciousness along with the creation of meaning is not found in neurons. Quantum Physics has challenged our common understanding of reality, as something we cannot distinguish from the observer. Where do our dreams and visions in altered states of consciousness come from? Freud and Jung led the path towards an understanding of archetypes lying in the conscious unconscious, which are also found in myth, legends and pantheons of gods and demons in all-over different cultures and its performed experience in mystic and inner alchemical traditions.

Our aim is while observing existential consciousness, to overcome the distinctions which divide a proper understanding and explanation of our consciousness in the world, as well as, reach out and introduce a diversified picture of realities, to deliver orientation and well-being, because of a process of knowing oneself and what life brings about. The research areas as mentioned next are to our knowledge the most promising fields of inquiry to leverage the world to a better place, namely by science and humanities, especially by creating dialogues between Quantum Physics, Philosophy of Consciousness, Depth and Integral Psychology, Phenomenology and Cultural and Religious Studies.

We are looking forward to collaborating with researchers and activists that aim evolution on education, self-knowledge, science and religions and technology by regarding consciousness as the primer source and catalysing a paradigm transformation for our peaceful living on earth. Don’t hesitate to collaborate and to contact us.

To our knowledge quantum physics must be regarded in correlation to consciousness. The quantum experiments show that there is no other way to acknowledge the connection and, in quantum terms, the entanglement of the observer and the observed. But how can these findings have an impact on our daily experience? What does it mean, if we take this seriously? The Quantum theories enables us to allow explanatory models for paranormal phenomena and anomalies, such as telepathy and psychokinesis. But other fields like information and energy medicine must integrate the findings of quantum physics and consciousness research to understand the functions and possibilities on a new dimension, including field theories of information in culture, biology and physics.

Following the tradition of reflexive philosophy of Kant, Hegel, Fichte contemporary philosophers as Gotthard Günther and Johannes Heinrichs developed a multivalued-logic to overcome the duality of being and not-being, as well as the definite wrong and false worldview. Due to a multi-valued logic, the interaction between the subject and the object are regarded as conscious if a reflexive moment is inherent in the perception. The reflexion on the reflexion of the interaction is termed as the self-consciousness. Gotthard Günther formulised the logic based a three-valued logic, introducing the self-consciousness as the double reflexive, the intersection of subject and object as reflexion and the pure object, the irreflexive. Johannes Heinrichs developed these thoughts further by integrating the “You” as an objectified subject to explain a psychological philosophy and a logic of social structure. How can a fourfold logic be formalised in terms of logic? How does a place-value system operate by introducing complementarity and self-consciousness in a model, which allows an existential standpoint and insights for other fields of inquiry, such as our research areas and related fields such as geometry and mathematics?

Jung formulated the new possibilities to uncover the mysteries of dreams, altered states of consciousness and extraordinary experience beyond the daily life. Synchronicity and archetypes opened a new world of academic understanding to the human most intimate and subjective experience, in which spirituality could coexist in dialogue with the physician Wolfgang Pauli. The metaphor and mythology as well as the alchemical processes became to have a new meaning and our aim is to step into his footsteps and continue this path. Along with the Integral Psychology and familiar thoughts, which had their beginning with Sri Aurobindo and have been developed by Jean Gebser, Abraham Maslow, Pierre Levy, Jean Piaget, Ken Wilber, Don Beck and so on, a new approach can be modelled in which integration of worldviews are possible. One model was also created by Johannes Heinrichs in newest book. The dialogues are to be continued to approach a new way intercultural psychology and its depths.

Phenomenology is the perspective on which consciousness can be inquired on a practical level which serves us in our daily life and towards understanding our human potential. Phenomena are how things, persons and everything appears in the light of perception. While the Depth Psychology, mythology, pantheons of gods and metaphors have their immense relevance in the way consciousness allows associative insights by pattern recognition and its relation to the phenomena itself, it is the meaning which is associated by the first-person, which has a meaningful potential to inquire. All religions have their ancient wisdom which allow deep structured knowledge on the eternal cycles of the cosmic order, but every culture has set their own codes of meaning, because meaning is related to the self, but in cultural terms to a collective self. Therefore, grasping for consciousness integrating meaning, requires a deep knowledge on culture and the matrices cultures developed to give orientation to life with its meaning. The intercultural integration of these systems of meaning is one of the biggest challenges waiting to be uncovered as well as to established an integral culture to embrace humanities diversity of modern and traditional knowledge.

Projects of Fellows and Collaborations 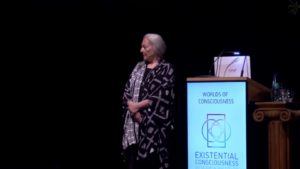 Brenda Dunne: Consciousness and Intention – The Operator in Science in PEAR Lab Research 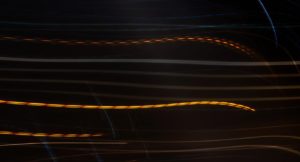 A Call for Consciousness Evolution and Social Change by Regina U. Hess & Dennis Johnson

Contributions from the Fields of Transpersonal Psychology and Psychedelic Science by Regina U. Hess, PhD (Germany/Netherlands) & Dennis Johnson, MA